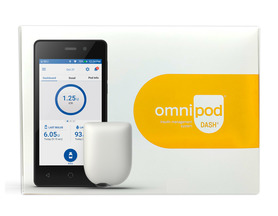 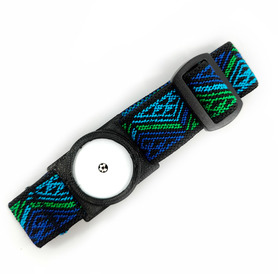 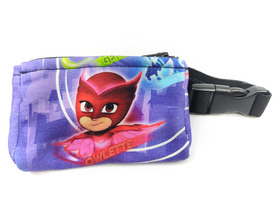 Esenta Remove for no... 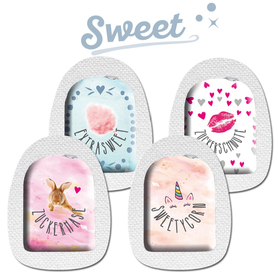 Abbott announced that it is developing a new Freestyle Libre sensor that will continuously monitor glucose and ketone levels from a single system. The system has already received groundbreaking device designation from the US Food and Drug Administration (FDA), which aims to accelerate the development of innovative technologies that can improve the quality of life of people with life-threatening or irreversibly debilitating diseases.

"Abbott revolutionized diabetes care with FreeStyle Libre® technology, which is the number one continuous glucose monitoring technology used by approximately 4 million people worldwide," said Jared Watkin, vice president of Abbott's Diabetes Care Division. “We design our glucose and ketone monitoring system with superior technology that will combine with leading new insulin pumps to create a best-in-class solution. We are optimistic that this will be another big advance in diabetes technology and a breakthrough for people with diabetes, especially those at risk of developing diabetic ketoacidosis. "

The glucose and ketone sensor will be the same size as the FreeStyle Libre 3 sensor - the smallest and thinnest continuous glucose monitoring (CGM) sensor in the world, and will connect to Abbott's digital ecosystem, including mobile apps for people, caregivers and the cloud on-line.

Continuous monitoring of glucose and ketones is especially important for people with diabetes who are more likely to develop diabetic ketoacidosis (DKA), a potentially life-threatening condition when blood ketone levels rise to unsafe levels.

DKA is a growing problem around the world, with hundreds of thousands of acidosis emergency room and hospital visits each year in the United States alone. However, currently, few people with diabetes regularly monitor the condition of ketones, because current testing methods - usually through blood or urine - are extra paid and require additional activities, such as the purchase of special strips and a reader. Adding continuous ketone monitoring to your continuous glucose monitoring system eliminates the need for a separate ketone test.

Recent studies show that continuous ketone monitoring can help prevent acidosis. Thanks to continuous monitoring, a rise in ketone levels can be detected early as a warning of impending ketoacidosis and a warning to the user. Leading diabetes experts have called for an extension of ketone monitoring, including integration with CGM technology in a single sensor. Failure to monitor ketones can pose a serious risk to people with diabetes, especially children and young adults with type 1 diabetes.

"In my practice, I have seen many cases of DKA in adolescents and children that were preventable through continuous ketone monitoring," said Dr. Kurt Midyett, pediatric endocrinologist and medical director of the Midwest Pediatric Specialists in Overland Park, Kansas. "Giving people with diabetes the ability to continuously monitor both glucose and ketone bodies from one intuitive device is an important step forward in diabetes care as it will allow patients to detect rising ketone levels and intervene before they develop full-blown ketoacidosis."

"DKA remains a critical issue for too many people with type 1 diabetes. Congratulations to Abbott for solving this problem, which JDRF is also committed to solving," said Dr. Aaron J. Kowalski, JDRF CEO. “JDRF supports the development of CGM / CKM systems such as the one developed by Abbott. CGM / DKA systems will be the key to reducing the incidence of DKA in the diabetic population. In addition, CGM / DKA devices that can alert you of impending CKK will be key to enabling wider adoption and safe, effective use of sodium-glucose co-transporter (SGLT) inhibitors. SGLT inhibitors improve blood glucose levels and are expected to improve heart and kidney performance in people with type 1 diabetes.

Abbott is already conducting clinical trials with a glucose and ketone monitoring system. Key trials will take place in 2023, followed by regulatory proposals.

Abbott currently has the most widely used CGM in the world. Abbott's FreeStyle Libre portfolio has already changed the lives of approximately 4 million people in 60 countries by delivering breakthrough technology.